I’m going through the concepts of the common core again. As I do this, I realize I had been implementing these ideas long before the standards came about:

So the question is what “new” elements are the Common Core bringing?

The NJ ASK & HSPA will be phased out and replaced by The Partnership for Assessment of Readiness for College and Careers (PARCC). We should expect these to be computer-based online assessments for the 2014-15 school year. In fact, a multi-year project is already in motion to determine the NJ districts’ IT capabilities and to compare it to what will be needed to implement this large scale on-line testing.

SETDA is working in close partnership with the leadership of both major assessment consortia – the Partnership for the Assessment of Readiness for College and Careers (PARCC) and the Smarter Balanced Assessment Consortium (Smarter Balanced) – to address the issue of technology readiness for school participation in the computer-based assessment systems they will be deploying starting in the 2014-15 school year.

I invite you to add any good resources you have for teaching using common core.

A Vision of K-12 Students Today (via bjnesbitt)

Some technology experts, such as MAKE Magazine founder Dale Dougherty and Pixar’s Tony DeRose, are promoting hands-on learning through the practice of making things as a method for revitalizing education, particularly in the fields of science, technology, engineering and math.

DeRose has created a program to involve children in “technologically sophisticated projects,” according to this article, and both DeRose and Dougherty are developing the principles needed to create a curriculum based on the maker ethic. “Exhibition instead of competition. Child-driven. Open-ended. Multidisciplinary,” DeRose said. TheAtlantic.com

No Food or Drink allowed in the Tech Lab! No Youtube or Free Time. 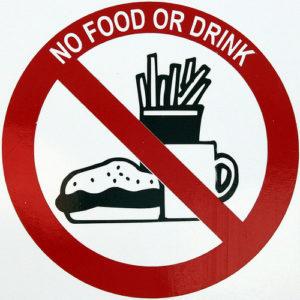 Students are expected to work until the end of the period.